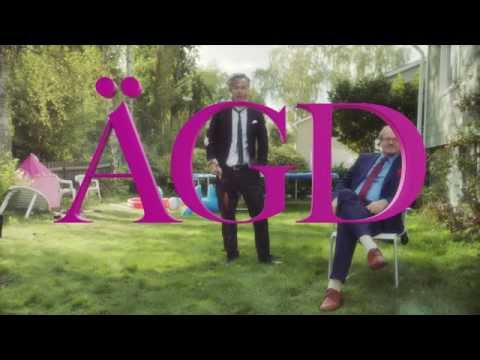 Owned – How much for a richer life?

Henrik Schyffert and Fredrik Lindström are back with a new and critically acclaimed comedy show. In OWNED – How much for a richer life? they take a closer look at our modern way of life and the Swede’s relationship to money and happiness. By calling our crazy time and not least their own shortcomings, they make irresistible humour of stinging truths about the constant pursuit of a richer life.

We’re all dreaming of a better life. To become richer, work a little less for the sake of the children, build out the porch and get sun-kissed in the dark January. And the way to happiness in today’s society is spelled consumption, at least if we ask the advertising, newspapers and politicians. The eternal economic growth appears to be as sacred as the Amen in church was a hundred years ago!

And isn’t it wonderful to crave that new lipstick in nude pink, the Nespresso coffee machine which makes coffee with persistent flavour notes or the latest mobile phone with a battery that lasts almost the entire flight to Thailand?

At the same time, we know that the last decade’s explosion of consumption means that we are living far beyond our means. If everyone on the planet lived like we Swedes do, we would need two Earths.

But whatever happens, we must not be satisfied. Our entire economic system is based on us constantly wanting more. With satisfied and happy citizens Sweden will stop!

But all great successes sooner or later reach their end –the Roman Empire, the dot-com bubble and Ace of Base. So while we are laughing at how we live today, Henrik Schyffert and Fredrik Lindström ask the very relevant question – is it our turn next?

Please note that the show is given in Swedish.

Twitter Facebook E-mail
comments powered by Disqus
You are here: Homepage | Events | Owned – How much for a richer life?