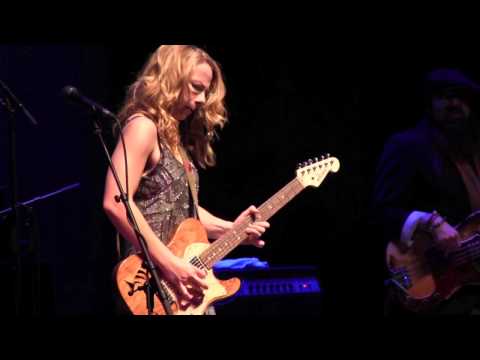 Born and raised in St. Louis, MO, he grew up listening to Van Halen and Led Zepplin and it wasn’t until later he became interested in the great blues men who were from in and around St. Louis. On his 2011 Blues Music Award nominated CD (Best Blues Rock) Delta Groove release “Greyhound” he tells the rest of the story of how things could have been much different. In 2010 Zito and Neville won the Blues Music award for “Song of the Year” for “Pearl River” the title track to Zito’s 2009 release.

Kansas City-based Samantha Fish has been on a major roll ever since she teamed up with Cassie Taylor and Dani Wilde on Ruf’s 2011 release, Girls with Guitars, and fueled by the trio’s Blues Caravan tour of Europe and the U.S., created an international buzz in the blues world. Later that same year she recorded Runaway, her solo debut on Ruf. Hitting a receptive international blues and rock press, Runaway was hailed as a thrilling opening statement, earning a string of rave reviews and radio airplay, climaxed by her winning the Blues Music Award (BMA) for “Best New Artist Debut” in 2012.